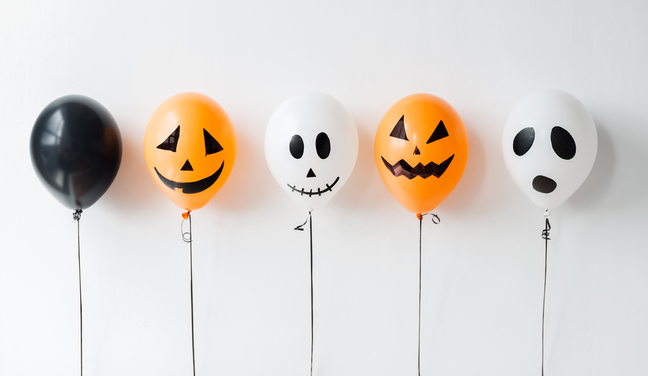 Some of my fondest childhood memories are from dressing up during Halloween each year at my dance studio. I would start brainstorming what I would be sometimes months in advance. My most creative costumes included peanut butter (my friend was jelly), Emma Stone’s character from Easy A, Ariel from the Little Mermaid, and Holly Golightly. I was proud of each and every costume I put together and to this day, I’m an avid supporter of DIY costumes. I think putting together homemade costumes can often sound intimidating, but the truth is that you probably already have many of the items you need in your closet and you can supplement the rest with a quick trip to the craft store. My rule of thumb was always to use what I had, and only invest in additional items that I knew I would wear and love more than once. Whether you’ll be spending Halloween out with friends or dancing up a storm in the studio, I’ve rounded up several cheeky, fun, fierce, and clever costume ideas that are guaranteed to receive all the compliments. Go forth and be spooky!

I have an intense obsession with avocados (like most millenials), so this costume was a no-brainer for me. All you need is a bright green leotard, some nude tights, and a halo. You can either print off some images of avocados to safety pin to your outfit, or cut out a large circle of brown felt to attach to your stomach. Guac on!

Channel your inner 80’s gal by dressing up as your favorite wrestler from Netflix’s hit show Glow. There are a multitude of characters to choose from, each with their own uniquely rad outfits. You can find a multitude of metallic leotards here. Next step–add a belt, fishnets, badass boots, bright lipstick, and some glitter and you’ll be all set!

Let’s face it, Megan Rapinoe is the hero we all needed in 2019. She’s an incredible soccer player and an overall inspiring human. Channel her and the rest of the US women’s soccer team by donning a white jersey (it’s even customizable!), athletic shorts, and some white socks. For a final touch, head to your local craft store for a fake gold medal and an iron-on USA patch.

Pantone Color of the Year

Every year Pantone announces their color of the year and this year was the delightfully bright and cheery orangey-pink hue “Living Coral”. All you need for this monochrome outfit is a coral leotard and coral skirt. For an extra touch you can print out a sign of the iconic paint sample design (image for reference here).

Earlier this year someone jokingly created an Instagram account featuring a non-descript egg to see if they could break the record for most likes. The post accumulated approximately 53.3 million likes, smashing the previous record of 18.4 million likes on Kylie Jenner’s post. You too can be an Insta-famous egg–all you need is a white top and pants and either an IRL egg (if you dare) or a blown-up print out of an egg to hold.

My absolute favorite Disney Channel Original Movie was the Cheetah Girls (and it’s subsequent sequels) growing up. I was so obsessed with it I must have watched it no less than fifty times. In college I dressed up with a group of friends as the Cheetah Girls and it was such a fun nod to the nostalgia of my childhood. Essentially all you need for this costume is anything animal print, some personal favorites of mine are these matching bra top and leggings set (on sale!) and this leotard.

Grab a friend and dress up as everyone’s favorite emoji: the two dancing girls! I love this simple costume and almost used it myself this year for a last minute theme party I attended. All you and your friend will need are black tank leotards (although let’s face it you probably already have one!), pink tights, and black jazz shoes. Top it off with big black bows in your hair or some bunny ears.

I saved one of my absolute favorites (and what I’m dressing up as this year) for last. Kim Possible was another one of my beloved childhood TV shows, and the character Kim Possible is still just as iconic to this day. Put the look together with a black turtleneck crop top, dark green cargo or harem pants, black boots, and black gloves. What’s the sitch?!

Dance Studio Owners: How to Deal with Problem Employees