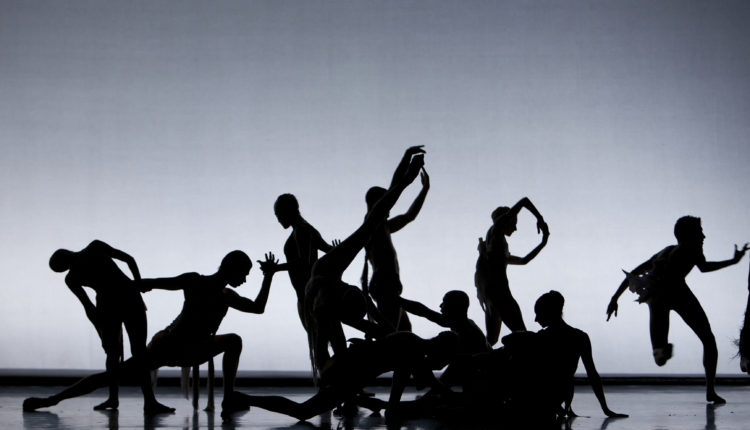 As we come to the end of National Eating Disorder Week, it is important to reflect on the devastating effects of eating disorders on the dance community. The culture of dance remains one of perfectionism and body image– a precarious recipe for potentially developing an eating disorder. In fact, it’s extremely likely that either you or someone you know has suffered from one. According to scientific studies, at least 30 million people of all ages and genders suffer from an eating disorder and every 62 minutes at least one person dies as the direct result of an eating disorder in the United States.

I recently had the pleasure of attending Borne Dance Company’s fifth annual Eating Disorder Awareness Show at The Secret Theatre in Long Island City. Founded by Katie Kilbourne and Kianna Moye in 2015, Borne Dance Company’s mission is firmly rooted in raising awareness of eating disorders and mental health, promoting healing through art, and lessening the societal stigma that surrounds these difficult conversations. All proceeds from the event will be donated to the National Eating Disorder Association for education and prevention efforts.

The program followed a variety show format with a little something for everyone–from contemporary dance to acoustic guitar and burlesque to spoken word poetry. One of the underrated benefits of venues like The Secret Theatre is that the audience is blessed with viewing the facial expressions of the performers up close. Observing humanity in all of it’s messy, sweaty, and unique manifestations is nothing short of magnificent. Also of note was the effort on behalf of the curators to showcase diversity, with bodies of all shapes, sizes, ages, and colors being represented.

Program highlights included Audrey Dimola, a dynamic and seasoned fireball performer of spoken word. Dimola’s moving poetry and musings had a mesmerizing effect on the audience. As her words of affirmation echoed throughout the room, I was struck by how simultaneously relatable and transcendent her story of battling mental illness was. A gorgeous solo performed by Natalie Ramos of Chloe Kastner Dance Company proved that in dance sometimes less is more. Ramos’s raw emotions shone through as she twisted and turned across the stage, her long flowing hair trailing behind her for dramatic effect. A tantalizing burlesque performance by the effervescent Whiskey Jules celebrated the sensuality of a woman’s curves. Far more than a cheeky striptease, the performance was a crash course in body confidence and empowerment.  Noor Dance Company’s modern interpretation of a classical Indian dance style called Bharathanatyam was intriguing based solely off the description on the program, and I was not disappointed. The dancers stomping, percussive jingling, and dramatic facial expressions were unlike anything I have never seen before. Perhaps the most eclectic and surprising act of the evening was Amazing Amy, an “over 60 years young” contortionist. I was admittedly skeptical at first, but was won over along with the rest of the audience by her pure spunk and sincerity. She is a testament that you are never too young or too old to explore the spectacular feats the body is capable of. Highlights of the second half of the program included a beautifully earnest musical performance by Ross Lampert on the acoustic guitar who serenaded the audience with covers of Swing Life Away by Rise Against and Lua by Bright Eyes. Perhaps the most touching moment of all was when he candidly spoke about his family’s struggles with eating disorders. The evening concluded with Bound, a lengthy piece performed and choreographed by Borne Dance Company and accompanied by spoken word written and performed by Tucker Dally Johnston. Throughout the work, the dancers hold and manipulate short black bands, a metaphor for self sabotage. The pairing of spoken word and dance delivered a powerful message, and in fact some of the most compelling moments of the piece were a handful of brief but heartfelt solos performed in darkness, accompanied by Johnston’s emotional confessions of fear, frustration, and self-hatred. As the dancers struggle to escape their binds, they eventually find strength from within and from each other.

While some elements of the evening felt cliche and technique was periodically lacking, I was left with an overwhelming sense of admiration for the openness, honesty, and unbridled passion of all the performers. I recall feeling the reverberations of the dancers’ movements through the floor from my seat throughout the performance. As my chair quaked and quivered underneath me, I viscerally felt the courage of the artists before me. To me, that is what the convergence of advocacy, art, and community should look and feel like–not always polished or perfect, but raw and evocative.

If you or someone you know is battling an eating disorder, please contact the National Eating Disorders Association (NEDA) at 1-800-931-2237 or go to www.NationalEatingDisorders.org.

The Best Holiday Dance Movies to Get You Into the Holiday Spirit!

The Nutcracker and the Four Realms (2018)