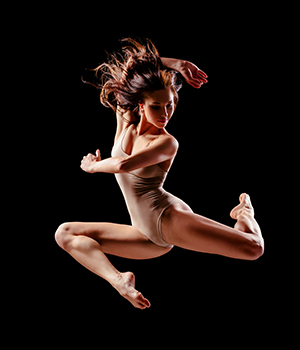 By Paul Henderson, via Dance Informa.

The other day I happened to glance down at my wife’s feet. No shoes and no socks revealed a big toe toenail so long that I immediately christened it “dagger toe.” She explained that this toe situation was a direct result of owning a dance studio and would likely remain that way until choreography for the new season was completed. I felt a little guilty since my only obligation that day was making sure 20,000 lines of product data was imported safely into the Costume Manager system. I backed carefully out of the bathroom and fled to the kitchen.

Ten minutes later, she walked up to me and exclaimed “Look at this!” She was looking wide-eyed into my eyes and pointing at her face. I was reluctant to say that I had no idea what I was supposed to be looking at. For a few seconds I just looked stupidly at her while she looked expectantly back at me. I shrugged and said, “I don’t get it…what am I looking at?”

She said, “My eyelash!” And then I saw it. The crescent-moon shaped dagger-toenail was now perched delicately on the top of her eyelash.  Apparently, my comment had motivated her to trim the dangerous weapon from her foot. The toenail flew straight up and landed on her eyelid. She was then upset at me for not immediately figuring out a way to remove the thing. Eventually, the toenail was plucked away and life went back to normal… or as normal as life can be when your wife is in the middle of choreographing a few dozen dances for competition season.

Here are seven other ways to know when choreography is wreaking havoc on your spouse, your kids and your life:

1. Your spouse, if female, hasn’t shaved her legs since early September. If male, he shaves his face only when it itches too much to bear it any longer.

2. Normally you have late-night, pleasant, evening conversations with your spouse. You know it’s choreography season when you glance over at her and she’s curled up on the couch listening to something on her headphones with a notepad in her lap. Alternatively, she’s asleep while sitting up on the couch, with headphones in her ears and a notepad on the floor nearby.

3. Your spouse owns three outfits that are “wrinkle-free” and can be worn over a leotard and tights. These three outfits are the only attire you’ve seen on your spouse for eight weeks. She explains that “time” is the only thing that matters now. If she can save time, she will. Any. Way. She. Can.