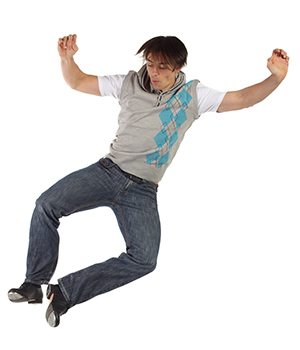 By Leigh Schanfein of Dance Informa.

Mid-February, the Chicago Human Rhythm Project once again presents it Winter Tap JAMboree at Chicago’s own American Rhythm Center.  You better hightail it to the windy city if you want to take part in a weekend of hardcore classes with tap masters like its director Lane Alexander, Cartier Williams, and Nicholas Young.  In addition to an impressive line up of classes, the weekend also offers a panel discussion, daily tap jams, and the opportunity to audition for scholarships including a coveted spot at Nicholas Young’s Institute for the Rhythmic Arts (IFTRA) during Chicago Human Rhythm Project’s three week Rhythm World summer tap festival.

The Chicago Human Rhythm Project (CHRP) itself started out as a festival co-founded by tappers Lane Alexander and Kelly Michaels in 1990.  In that very first year, proceeds went to charities, 52 students attended classes, and more than 200 people filled the audience. Ten years later, Lane Alexander went into a strategic planning process with his local community, board, artists, and friends to discuss the future of CHRP and the conclusion was that just doing a summer festival wasn’t enough.  It wasn’t enough for the company to grow and to be stable, and it also wasn’t enough when a very important part of their mission was to reach out to youth all over Chicago.  What resulted was the decision to create more programming at more venues throughout the city to reach all of Chicago, and in 2002 it resulted in the Winter Tap JAMboree.