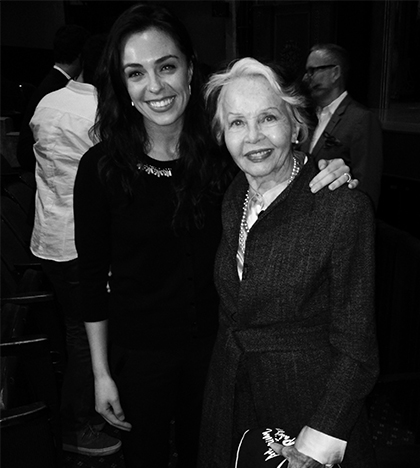 I was lucky enough to meet the one and only Leslie Caron! You may know her as the original Lise in An American In Paris, the 1951 Feature film starring Gene Kelly. She came to New York City to watch the Broadway performance of An American in Paris. Everyone in the cast was excited to perform for such a legend and did our best to make it a special show for her.

After watching the performance, she came backstage with tears of joy streaming down her face. She joined the cast for a bow and the audience gave her a warm standing ovation. She told us how much she loved the show and that it brought back so many wonderful memories.

Starting her career as a ballerina in France, Leslie dreamed of being a Prima ballerina. Gene Kelly discovered her in Paris and asked her to come to Hollywood to film An American in Paris. That movie launched her into a successful film career. She has starred in over forty films and worked alongside some of the most famous leading men from the silver screen including Gene Kelly, Fred Astaire, Cary Grant and Henry Ford (Just to name a few!).

I asked her who her favorite dance partner was. She couldn’t decide between Gene Kelly or Fred Astaire. That would be a tough choice! It was an honor to be able to meet her and a privilege to get to know such an iconic woman. 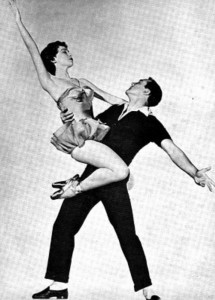 Caring for your Dancin’ Feet