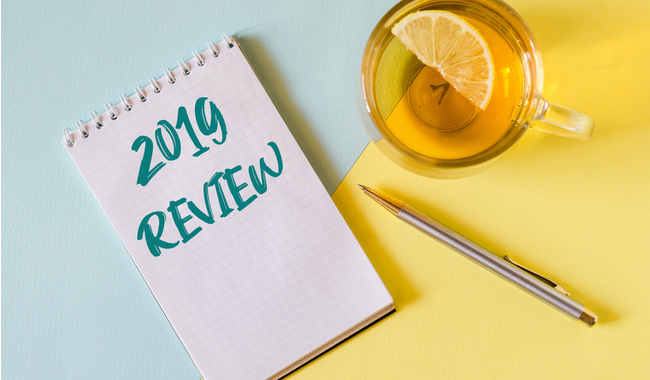 It’s difficult to look back on a year as hectic, controversial, and radical as 2019 and narrow it down to the best of the best. There is no question that the dance world is changing and evolving before our very eyes. Read on for a breakdown of some of the best things that happened to the dance world this year, as chosen by yours truly.

Best Song to Dance To: Truth Hurts by Lizzo

2019 shall forever be remembered as the year that Lizzo took over the world. Although “Truth Hurts” was originally released in 2017, it went viral in 2019, inspiring countless t-shirts, memes, and tweets. Lizzo’s charisma and fierceness shines in this undeniably catchy and empowering song. It begs you to stand up and dance your heart out. My favorite lyric? “Yeah, I got boy problems, that’s the human in me/Bling bling, then I solve ’em, that’s the goddess in me” – and that’s the kind of energy we need to take into 2020.

Fosse is perhaps one of the most well known names in musical theater, and his legacy continues to live on and influence future generations of dancemakers. FX’s take on Bob Fosse’s (performed by Sam Rockwell) complicated partnership with actor and dancer Gwen Verdon (played by Michelle Williams) is glitzy and sexy in all the right ways. It has a dramatic flair that draws you into this world and makes you want to stay.

When Good Morning America’s host Lara Spencer had the audacity to bully six year old Prince George for taking ballet lessons this summer, the dance world banded together and spoke out against the insensitive and offensive comments. Dancers around the world flocked to social media to offer their support to Prince George. While the impetus was horrifying, it was incredibly touching to see the community unite in such a powerful way. Ultimately the public outcry was substantial enough to force Spencer to apologize and interview Robert Fairchild, Travis Wall, and Fabrice Calmels on air.

Most people are familiar with Rodger and Hammerstein’s classic 1942 musical, but this revival of the production is unlike anything you’ve seen before. It is stripped down and modern in a daring and unconventional way that took Broadway by storm–so much so that it was nominated for seven Tony awards this year. Heginbotham’s choreography is informed by Agnes de Mille’s original choreography but with twists that feel remarkably fresh. Expect two-steps, country swings, and a stunning interpretation of the iconic dream ballet scene performed by Gabrielle Hamilton. Don’t miss your chance to see this incredible production, it closes on January 19!

If I had to choose my favorite dance podcast of the year, it would unquestionably be The Dance Union (read about some of my other favorites here). J. Bouey, current dancer with the Bill T. Jones/Arnie Zane Dance Company co-hosts The Dance Union with Melanie Greene, offering insightful discussions of vital topics such as self care, diversity, body positivity, and more – filling what is in my opinion an important void in the dance community. Their casual, informal tone makes it feel like you’re sitting on the living room couch chatting with friends. New episodes come out every Tuesday, and there are roughly 50 episodes already released so you’ll have plenty of material to keep you busy for quite awhile.

It’s rare that a music video with such minimal production is as memorable as “Woman” by Mumford & Sons. Directed by James Marcus Haney and choreographed by contemporary darling Kristin Sudeikis, this lo-fi interpretation of the song is both heartfelt and touching. Contemporary dancers Stephanie Crousillat and Yeman Brown bring the song to life with a gorgeous duet that magnificently captures the intimacy of young love.

Interdisciplinary artist Nick Cave’s The Let Go was the most out there and fun thing I discovered this year. Although it technically premiered in 2018, I stumbled upon a video of it this year after a deep, dark YouTube dive so I’m still counting it as part of my best of 2019. Part installation, part performance (featuring choreography by Francesca Harper), this innovative installation invited the audience to become a part of the work in delightfully playful ways through soul trains and a giant game of Twister.

A.I.M’s program at The Joyce this year was hands down my favorite dance performance of 2019. It captured my attention from start to finish, and demonstrated the remarkable skill and beauty of the company’s dancers. The program featured a cheeky basketball inspired piece by up-and-coming choreographer Keerati Jinakunwiphat, a premiere of a solo choreographed and performed by Kyle Abraham himself, a refreshing take on Trisha Brown’s Solo Olos, a stunning solo danced by Princess Grace recipients Tamisha Guy and Marcella Lewis, and a new ensemble work tenderly exploring the meaning of farewell.

What 2019 favorites of yours did I miss? Let us know what you loved (or hated) in the comments!

What Defines a “Proper” Portion for A Dancer?

Get Ready to do the Halloween Dance!