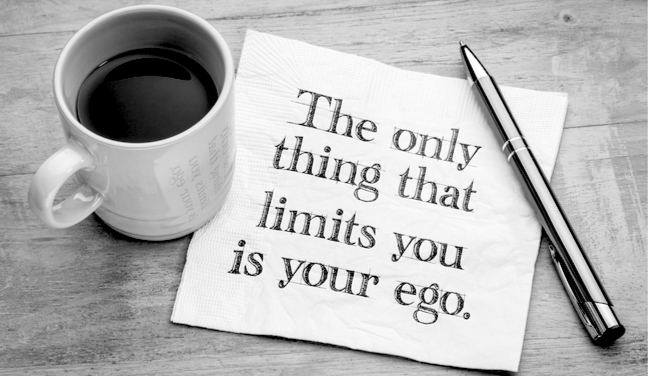 From a young age, dancers feel the sting of rejection.

At first, it may be not placing into the level you hoped for at your studio or a summer intensive. Maybe you did not receive the highest honor at a competition after months of rehearsals, or you were not chosen for Clara in your studio’s production of The Nutcracker.

As you move into your pre-professional years, maybe you feel that same painful sting when you aren’t accepted into the college dance program you had always worked towards or as a trainee at the ballet company of your dreams.

Then, as an aspiring professional, you are cut from audition after audition.

Unfortunately, the dance world is full of rejection and you will keep getting stung if you choose to stick with it.

However, in my 19 years of dancing, I have learned that sting can only be a punch to your ego if you let it be. Remaining strong in the face of criticism is not easy and gaining that strength will take time, patience and perseverance.

Although I had my highs and lows throughout my earlier years of dancing. It was not until college that I learned the true meaning of perseverance. As a dance major at the University of Arizona, I am surrounded by some of the country’s most talented dancers each day. I can vividly recall the first day of classes my freshman year and being taken aback by the sheer talent surrounding me. I had never experienced anything like it and, in that moment, I knew how challenging the road ahead of me would be.

I had always been confident in my abilities but I could feel that confidence waning throughout my first year at the university. I had not been cast in any of the School of Dance’s performances that year and I felt more defeated than ever. So defeated, in fact, that I responded in the opposite way of what I should have, I stopped trying.

The ubiquitous, dark cloud of embarrassment, frustration and disappointment consumed me, and I lost my ambition.

It was no surprise that in the next set of auditions, first semester of sophomore year, I again was not cast. When I did not see my name on the cast list, that dark cloud started thundering and my disappointment quickly turned into anger and blame.

It wasn’t until of my my professors called me out on my lack of tenacity that I woke up and realized how much I was hurting myself and my future as a dancer by letting rejection control me. From then on, I pushed myself harder than ever and found myself cast in three pieces in the following set of auditions. Those cancerous clouds cleared and I could see the road to success.

Rather than seeing criticism as failure, do your best to sink your teeth into it. If your score sheet from a competition is marked up with comments, don’t beat yourself up. Instead, write them in a notepad and work to improve on each one in your classes. If your teacher gives you more corrections than anyone else, don’t view it as them picking on you. Understand that they see potential in you, so take that as the ultimate complement and be grateful for each note they give you.

Success does not inherently come with raw talent, it comes with hard work, perseverance and spirit. If you let yourself stay down in the dumps, you will never improve and you will never make it in the harsh reality of the dance industry. Those who make it are courageous, strong, and never let the sting of rejection defeat them.

Raised in Orange County, California, Gabrielle Mix began her training at the age of three at the Academy of Dance and, later, Lovett Dance Center, a competition studio rooted in ballet. She received top awards at regional and national competitions including the prestigious Youth American Grand Prix throughout middle and high school. Gabby trained in various styles and diverse movement vocabulary at multiple summer intensive programs including Joffrey Ballet, American Ballet Theater, and Ballet West, on scholarship. Gabby currently attends the University of Arizona and is earning two degrees, a B.F.A. in Dance and a B.A. in Journalism. She is also minoring in fashion and is a member of the UA Honors College. As a dancer, Gabrielle takes curiosity in the way movement can embody emotional connection and intensity and, as a journalist, she is passionate about sharing her love of the arts and dance in particular through written expression.

Actively Recovering in the Classroom